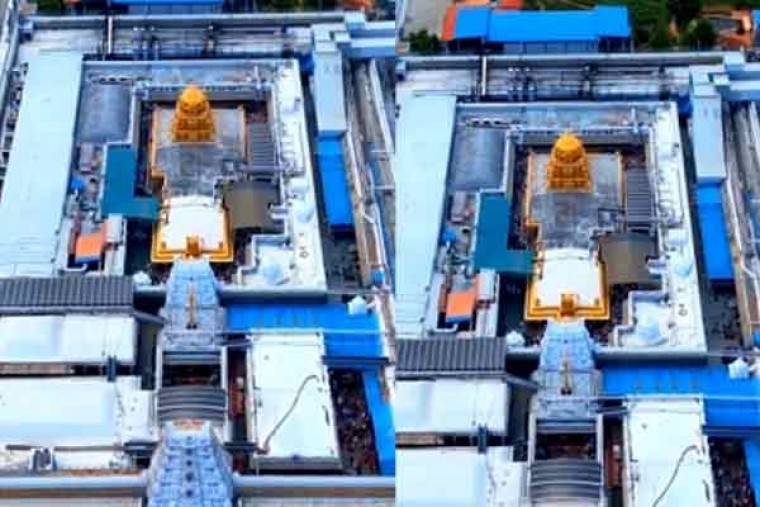 Tirumala Tirupati Devasthanam (TTD), which manages the affairs of Sri Venkateswara temple atop Tirumala, has taken note of the video posted by a person from Hyderabad.

TTD Chairman Y. S. Subba Reddy on Saturday said a criminal case would be booked if anyone was found involved in using drones to shoot the video.

"A Video of Tirumala temple which is making rounds on social media platforms as taken through a Drone camera is baseless. However, it will be sent to the forensic lab for verification," said TTD Chief Vigilance and Security Officer (CVSO) Narasimha Kishore.

He said the entire Tirumala is under the eagle eye of hi-fi vigilance and security and it is not possible to capture the video through a drone camera.

The CVSO also warned of legal procedure against the persons who videographed Tirumala temple if proved guilty.

As per Agama Shastra rules, flying of aircraft or drones over the hill shrine is prohibited.

The video in question was said to have been uploaded by a man from Hyderabad in November last year on his Instagram account. However, it went viral over the last couple of days, forcing the TTD authorities to take note of the same and react. Following the development, the Instagram user has taken down the video.