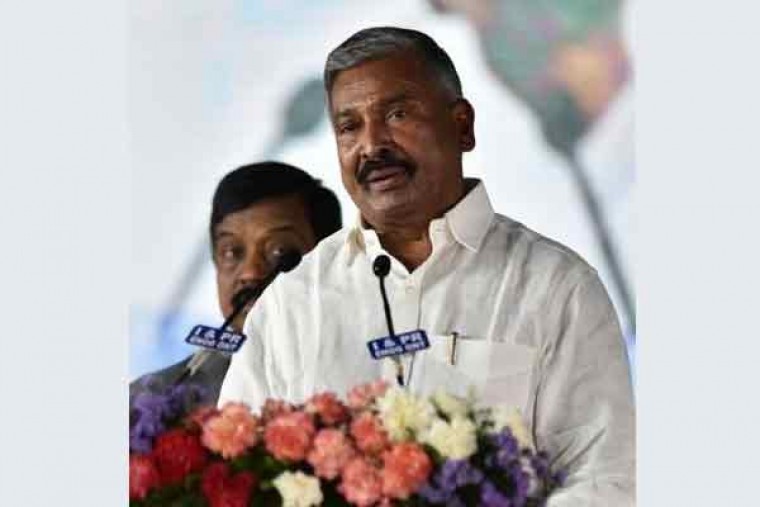 Amaravati, Jan (IANS) Andhra Pradesh Minister for Mines and Energy Peddireddy Ramachandra Reddy and his son, MP Mithun Reddy had a narrow escape when a car in their convoy met with an accident in Annamayya district on Monday.

They were going to a relative's house when Mithun Reddy's car was hit by another vehicle coming from the opposite direction. The MP's vehicle overturned causing grievous injuries to his personal secretary.

Mithun Reddy was travelling in his father's car at the time of the accident which took place near Channamukkapalle ring road in Rayachoti mandal.

The injured was shifted to Rayachoti hospital. The minister along with his and other members of the family were travelling from Punganur to Veeraballi to participate in Sankranti festivities at their relative's house.